Results for the Spring Haiga Kukai have been announced with comments by Ron Moss. Once again we thank Ron for the wonderful images and for his thoughtful consideration in making selections. 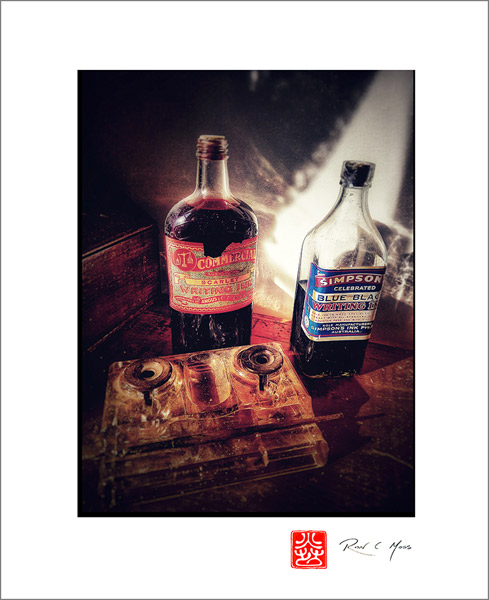 scarlet or indigo?
today, there’s no need
to shout

midnight…
the many ways my poems
are born

war-time love letters…
his eyebrows on
my grandson’s face

tea ceremony
a plum blossom drifts
into my cup

early snowmelt –
I turn the teapot
three times each way

spring dusk—
the blush of a peony
about to bloom

spring renewal
the imprint of a garden
on my hands

Judge’s comments for both categories can be viewed here.

Walking the tideline by Lyn Reeves first published by Pardalote Press in 2001 has now been added to The Haiku Foundation digital library and is available as a free download here.

Apologies to the Cloudcatchers whose September ginko report we missed posting in the previous Members’ news, but here it is!

And to catch up on the latest report from the Illawong Haiku Group click here.

Results for the much anticipated Vancouver Cherry Blossom Festival Haiku Contest 2018 have now been published. Congratulations to Hazel Hall who gained an International Sakura Award with –

at her bedside
a child she once knew
. . . cherry blossoms

And congratulations also to Vanessa Proctor for an honourable mention with –

Busking
the wind lines her flute case
with blossom

All selections for the Vancouver Cherry Blossom Festival Haiku Contest can be accessed at this link.

Among the selections for the annual H. Gene Murtha senryu contest , Duncan Richardson and Ron C. Moss made the short list with the following senryu:

Submissions to Echidna Tracks is about to close. The editors extend their sincere thanks to all those who have made submissions and are now looking forward with much anticipation to compiling the next issue – Landscapes.

Beverley George was invited to present a workshop on haiku at the Australia-Japan Society Conference on the 20th of October. Simultaneous workshops were conducted for ikebana and kimono and all were enjoyable.

For details to enter the annual GENJUAN International Haibun Contest please visit the Icebox website for the 2019 Guidelines.
Link kindly supplied by Tito

Ron Moss and Steve Hodge have produced yet another video collaboration put to music. Do enjoy Moonlight Sonata with haiku and artwork by Ron C. Moss and music played by Steve Hodge.

Changing Light is a collection of haiku and senryu by Gavin Austin and is about to be released by Alba Publishing. Having had the pleasure to read this collection (several times) I have no hesitation in recommending it with the utmost enthusiasm. Rich in subtlety, imagery and variety it is I believe destined to be a major contribution to Australian haiku. We will post more on this book along with ordering details as it becomes available.