For some time we have been featuring commentary about Australian haiku. You may have noticed we have recently have extended an invitation to New Zealand haiku poets, our neighbours across the Tasman Sea, to contribute to the AHS website, with commentaries about New Zealand haiku. These haiku and their commentaries offer a uniquely New Zealand perspective on life and on the landscape. We trust you will find them instructive and enjoyable.

Click on these links to read the latest reports from some of the regional groups: 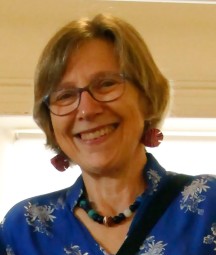 Julia Wakefield has taken on the task of convener of Adelaide’s Bindii Japanese Genre Poetry Group. Lynette Arden has led the group since 2009 and continues her active involvement in leading two other writing groups as well as being Webmaster for the AHS and founder and Webmaster of Echidna Tracks. And is writing a novel in her spare time! The word inspiration springs to mind.
Julia Wakefield has been writing haiku since she joined the Bindii group seven years ago. She is a published poet in other genres as well as haiku, and is also a visual artist, specialising in printmaking and illustration.  Some of her haiku can be found on the Bindii blogspot. She enjoys attempting other Japanese forms, but she finds the haiku a sufficient challenge in itself. She runs workshops for newcomers to the form. Julia’s website is well worth a visit.

If you are in Hobart on Tuesday 26th November come along to Fullers Bookshop for a musical evening of haiku and other petite poems.

Lyn Reeves will be launching A Dictionary of Water by Gina Mercer, followed by readings by Gina, Ron Moss (Broken Starfish) and Lyn Reeves (field of stars) with the accompaniment of flutes by the group, Silverwood.

All welcome to this free event.

Submissions for issue 4 of Echidna Tracks on the theme of Recreation and Leisure will be closing later today (November 1st). The editors sincerely thank all who have offered haiku for consideration and are now immersed in the selection process. Issue 4 promises to be an exciting one and is due to be begin on December 1st

Judged this year by Alan S. Bridges, Susan Constable and Julie Walther, congratulations to all awarded poets including a Sakura Award in the International section to Gregory Piko with:

the old man slips
a ring on her finger
. . . cherry blossoms

hanami
a bee deep inside
a double blossom

Speaking of inspiration, the number of selected poets from New Zealand in the Youth Section is quite something.

All selections can be accessed here.

Congratulations to all selected in the 2019 Porad Award and to Marietta McGregor for Second place with:

The Award was judged this year by Tom Painting. Of this haiku he wrote;
“I’m immediately attracted to the first line of this haiku. It is light-hearted, somewhat like an amusement park ride or a fantasy, only to be followed by the rather sobering mention of a lie. Alas, there are two sides to everything, including the moon and a lie. Late-night lies are often of wishful or wistful thinking and easy to buy into, whether we are telling them to another or to ourselves. Eventually though, the truth comes to dawn. The word “apogee” is fitting. The moon at its farthest point. The truth stretched to its limit.”

You can access all selected haiku and judge’s comments here.